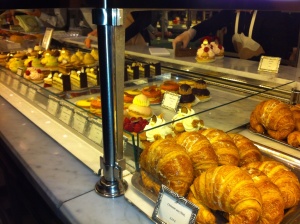 1. Join Melissa for some awesome food spotting near the apartment on Rue du Bac in St Germaine des Pres. (update: done)
2. Visit the Arab Museum to understand better the incredible contributions to science and math led by the Arab world (and hopefully the French are no longer so stuffy as to resist translations of material in English!) (update: done)
3. Make stops at Mora and Dellerhin to introduce Karen to the French version of Sur La Table.(update: Dellerhin only)

1. Revisit the places where I lived in London for five months when I was awarded the Branner Traveling Fellowship from UC Berkeley. I studied the Chinese in London and how ethnic minority communities were formed. (Update: done)
2. Make a stop at the British Museum to see if there are any relics of the Silk Road trade when Bokhara, Tashkent and Samarkand were major settlements. (Update: missed due to time used to sort out a problem with accommodation in Paris)
3. Do as much walking as possible to savor the new sights and sounds of a city once known and now much more mellowed. (Update: done) 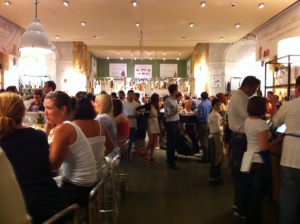 1. Visit the Ai-Wei Wei exhibit at the Brooklyn Museum;(update: done)
2. Indulge in Balthazar pastries or read a paper during breakfast at the Neue Gallerie (update:done)
3. Take a walk on the Highline (update:done) 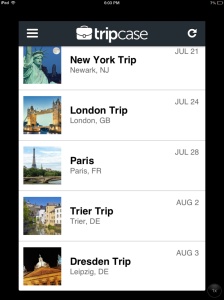 These were photos taken on my recent trip with Gee Kin in early June,2014.

1. Honey is alive and well for baklava and other Turkish confections

2. Building off the Main Pedestrian Street