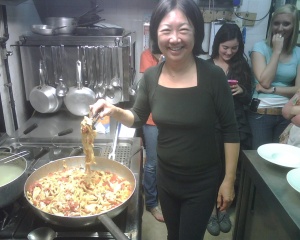 Urban Walker. Germanophile. In quest of understanding the Silk Road lost civilizations. These are my old and new passions. This blog documented my 68 days around the world. Through an architect’s eyes, ethnic pride, and persistent search for connections, I hope you enjoyed this journey with me.

Arm in arm with my grad school roommate Karen, our first segment included: NYC, London and Paris, approximately three days each; then the armpit between France and Germany to Trier, the oldest Roman settlement in Germany.

We ended up in Dresden, my favorite European city. Karen flew back home from Berlin, the victory city that recently celebrated the German World Cup. Her Norwegian Airlines flight from there made a pit stop in Oslo before following an old charter airline route to Oakland.

Speaking of pit stops, I was in Deutschland for a month to ground myself in German food and language. I perched at the Goethe Institute for a month amidst Tech-savvy twenty-somethings and was able to avoid Internet cafes offering olde worlde air time. After husky doses of bier, brot, und bratwurst, I blimped out of Dresden. At least I felt able to speak well enough to negotiate my way out of a middle seat of a flight.

Am nachsten was the confluence or crashing between Europe and Asia: Central Asia. After a six-hour flight to Uzbekistan, I launched a private tour of Tashkent, Samarkand and Bukhara. Some of these have become UNESCO world heritage sites since I first listed them on an unfinished itinerary over two decades ago. I learned about them in my design and architectural history classes, and from the names of Oriental carpets.

My hubby Gee Kin joined me in Urumqi for the segment of the Northern Silk Road, popularized by the use of trading silk as currency for greater functionality in lieu of coins (you couldn’t wear or eat coins). Perched at the northwestern most corner of China in Xinjiang Province, this city is populated by Uighurs. We traveled primarily by train through Turpan and Dunhuang. The final part of the trip traveling together finished in Chengdu, with a walk up Emei Shan, one of China’s five sacred mountains.

The last segment brought me home via rail across the continent to Southern China with a stop in Guangzhou. I was already wistful thinking about visits with friends in Hong Kong and my return to San Francisco at the end of September on the 68th and final day.