Last week was consumed with an international event for sketchers. Every year, the challenge is to draw 100 people in one week. Having done the same task last year, I was better prepared to develop a strategy to complete the exercise. First, you stake out your victims, then use the same venue each day to become familiarized with the types of poses and people you sketch.

Due to the pandemic, many people this year could only draw from photographs, magazines or online images. I was fortunate to be in a country where I could still go down the street to sketch real people in their natural environments.

I chose the Christchurch Turanga Library. It is remarkable in many ways, as a “third space” for living. It is neither home nor work, but it fills in the voids in between. It was perfect for capturing teeming humanity, primarily in the Foundation Cafe, but also at computer stations, playing chess, and at the children’s center, where tired and exhausted mothers could catch a few minutes of sleep with their infants.

The sketches provide an example of the types of characters at the library–many engaged at activities yet to be appreciated in the States–surrounded by others without distancing, staff working close together, and active conversations with friends and families while eating. Let’s hope this is a mere taste of what’s soon to come in San Francisco and elsewhere in the U.S.

Speaking of the U.S., we hear that vaccinations in California will be available to anyone over 16 by the end of April. That’s good news for my daughters. One plans to return shortly with a baby. The other daughter is comforted to know that she and her colleagues in the food business will be protected.

We are waiting to decide whether to get vaccinated in New Zealand or in the States. It’s a tricky decision that depends on where we can get inoculated first, and for both doses. There are advantages and disadvantages for either location. We are weighing them as news changes daily and impact our decision. Add a minor stress of booking tickets and accommodations timed for the yet-to-be-determined exit and you have the picture.

In the meantime, I continued sketching with Christchurch City Sketchers, who visited Willowbank Nature Reserve outside the city last weekend. Native kiwis are featured in their natural habitat there. Unfortunately the area was pitch black so none of the four kiwis were visible!

An unusual auction of rare breeds of birds and animals was held the same day. Unfortunately, I did not take full advantage of the llamas, cows, and a Clydesdale horse on display. I focused on drawing human animals in the cafe instead. After drawing so many people the previous week, I was fixated on capturing more tantalizing eyes, noses, ears, and saggy profiles. After leaving the park, I kicked myself for missing the golden opportunity to sketch all those voluptuous animals!!

Being in Christchurch has filled our time with interesting activities and new adventures. I took my daughter for her first round of golf! We only did six holes, but that was plenty enough to entertain and challenge us for a solid morning at Hagley Park. A momentary hiatus in the sandpit was not enough to discourage me from future outings. 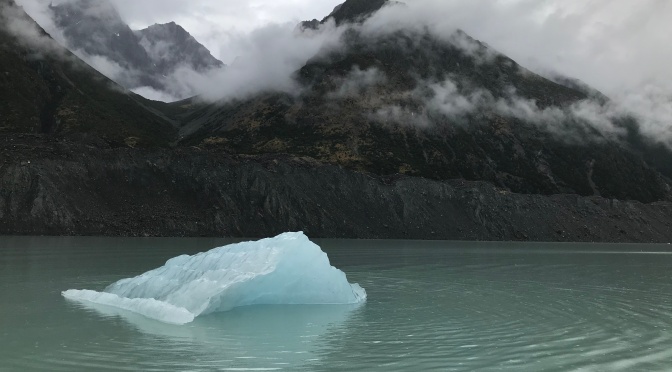 News Update: As of Sunday, March 7 at 6am (New Zealand Time), Auckland will drop to Level 2 and the rest of the country to Level 1

Global news can change quickly, especially with the pandemic roulette swinging wildly. This up-to-now, COVID worry-free country has stepped up its vigilance. A couple of troubling community cases in Auckland near the airport last week has moved the city into an Alert Level 3 and the rest of the country to Level 2. That affects those of us living in Christchurch on the South Island.

Here’s a snippit from a recent news article on the recent changes:

While there are renewed restrictions such as the wearing of masks on public transportation, social distancing and contact tracing, the general population was initially slow in responding to any changes. Now, there are visible differences. The news reports progress openly and transparently, and reminds everyone to follow instructions.

Public service messages also remind everyone to be kind and not to excoriate those who may have extenuating circumstances for not following the rules. Except for uniformed kids hitting town after school, fewer people populate the streets of Christchurch. Local travelers encouraged to see New Zealand are putting intercity travel on hold.

Shops, cafes, museums and cinemas are once again threatened with a downturn in the struggling economy just as it has in other parts of the world. With a chain of events that include the Mosque bombing, the earthquake, and recurrent COVID fears , the people of Christchurch have demonstrated incredible resilience and acceptance of circumstances beyond their control

As the tide was turning, we were in the midst of a weekend outing to Mt. Cook in the Southern Alps. Mt. Cook is high on the list of quintessential outdoor destinations in New Zealand.

The east side of the Southern Alps on the South Island are accessible from Christchurch within three hours. We drove through classic rolling hill countryside, passing an occasional car headed in the opposite direction. After pit stops in Fairlie and Geraldine, the snow-capped mountains appeared.

You can take a boat tour to see the Tasman Glacier on the back side of Mt. Aoraki (known as Mt. Cook). After a short one-mile hike to the lake, we arrived at the shoreline for our excursion. I had expected a big ferry with big picture windows, but the light, open-air raft awaiting at the dock was a surprise!

The German-born guide quickly sorted us into small groups to balance the boat and off we went. She described the history and formation of the lake from the ice melt. In just the past few months and years, the lake capacity has been increasing in volume.

The ice floes show only 10% of its body mass. The rest lies below the surface. On larger floes and along the glacier, you can see the water line where the waves meet the ice form. The floes have lives of their own. They play like otters when they roll over and as the mass underneath changes.

The Tasman Glacier, like those in Alaska, relies on ground cover to insulate the ice from further deterioration. The visible river of ice was only a small rendition in scale with those we saw in Alaska, but nevertheless impressive for its peaceful and serene environment. We could only get partial peeks at Mt. Cook, but we were satisfied at having seen its peak the day before.

And a quick sketch in the Christchurch Gallery of a favorite sculpture–you can compare it to the real thing in the following slide!