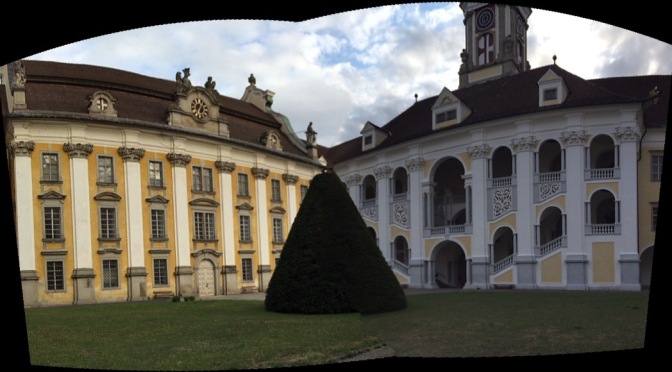 As a contrast to my onslaught of cultural cities, I decided to take a different path and stay at a monastery in Linz, Austria. 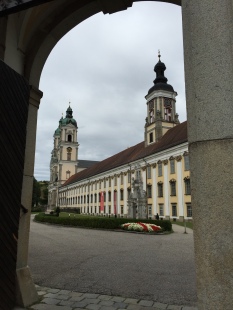 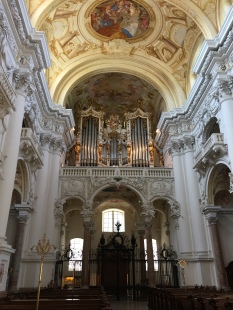 My first glimpse of the monastery was breathtaking, after a short but determined path uphill through a winding path. The landscape in the area is exquisite, with rolling hills and tenderly groomed patches of yellow and green plots. You would never leave here if you were from this area, I thought.

The monastery has rooms for visitors at a reasonable price, and has daily performances of one of the most magnificent organs in Europe. The highlight will be another (gulp) mass in the evening with an organ performance.

Anton Bruckner, who was an organist and composer, is a native son of the area. There is now a connection between Ansfelden, where Bruckner was born, and the Augustinian cathedral at St. Florian, where he was a choir boy. You can read about him: https://en.m.wikipedia.org/wiki/Anton_Bruckner

A billboard advertising the Bruckner Way is located on a path outside the monastery. It lights up each path you select among several different paths. You can view the Google image below. “Wanderers” can choose from the more mild “running shoes” paths and those for more advanced “hikers”. Trips run any where from 5-20 km.

The walk even has an MP3 player for hire that has all 12 Bruckner symphonies on it, so you can listen to it while you are on the trail. You can also arrange for a taxi to take you back if you only want to do a one-way trip. I thought that this was an excellent idea and wished this system that is available throughout Europe were established in the U.S. 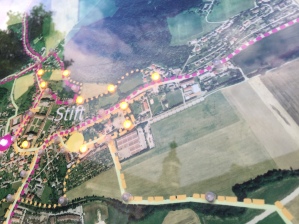 This path forms part of the “Jacob’s Way” and leads a pedestrian all the way to Santiago de Compostela in Spain. I googled it and you can do it in a mere 19 days from here. If you “boots are made for walking” here’s a place to use them.
This walk was one I had always contemplated, until I realized why they advised carrying a poncho.