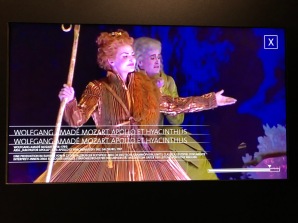 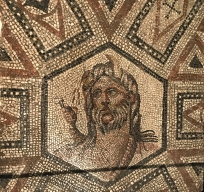 See photos, above, from left:

From the Sound of Music fame and since 1920, the Salzburg International Music Festival includes classical concerts, opera, and drama. This year we saw a modern interpretation of “Salome”  by Richard Strauss and “Pique Dame”, or “Queen of Spades” by Tchaikovsky. The photo below shows the massive open stage used for Salome. The video below that is the conductor’s curtain call for “Pique Dame” and the cast of thousands, including American star Brandon Jovanovich, in red. (Apologies for flooded out light quality).

Reflections on Budapest and Salzburg

After spending a few days back in “Western” Europe, we had  a chance to reflect on our short foray into “Eastern” Europe.

We learned from our trip to the Salzburg Museum how tourism developed in the city. Salzburg has been a tourist city ever since an English couple in the  early 18th century sought the living relatives of Mozart. They made a pilgrimage to the birthplace of the already famous musical genius. For over four hundred years, Salzburg has managed to hone its skills in receiving, processing, and satisfying tourists from around the world.

Accommodations, food, activities and access are all handled with utmost skill. Despite the crowds you can’t help but feel happy to be rubbing shoulders with other tourists in this picture perfect environment. That having been said, Budapest and other cities with rich histories and natural wonders can and should follow Salzburg’s model. Why wouldn’t a city promote and encourage tourists to visit its treasures?

Budapest has thermal baths, music, and a diverse cultural history, yet is appears to be uninviting and grumpy. The recent no migration policy reinforces this view. The economy is down and they seem to be stuck. There is little warmth and few smiles on the street. Granted, people have their problems to overcome.

I think about recent travels in Iran where its people rise in the face of adversity. Everyone smiles at you and they smile at each other. It’s the greatest restoration of humanity that we have witnessed anywhere. You get the feeling that they care about you, and each other. It left a profound footprint in our minds.

Even though they were once joined politically and are no longer, today there’s an even greater difference culturally between Hungary and Austria, and the cities of Budapest and Salzburg.

After a week traveling by car with friends from San Diego, California from Munich to Budapest, and back through St. Florian and Salzburg, Austria, we have sealed the Italian-American-Chinese diplomatic relations forever. We learned alot about these fascinating cities, and even more from and about each other.  Our thanks to Miki and Alberto for all their caring, love, and laughter.

Gee Kin and I are on our way east to Guangzhou and Korea.  We are preparing for the culture shock…stay tuned.