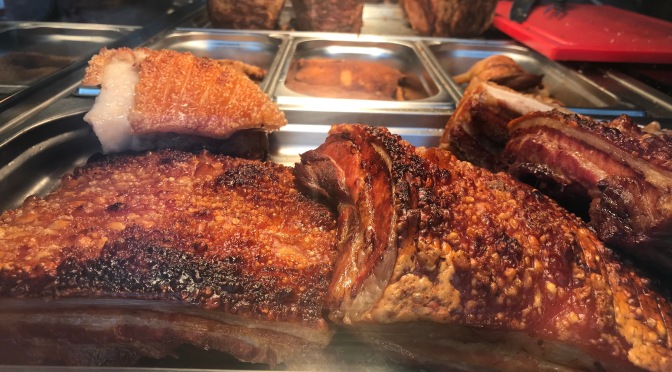 Alumni Tom from my Year Three of the Goethe Institute (Schwäbisch Hall) asked for more…which I interpret as juicy details of days in Deutschland…so here it comes!

Food! Food! Glorious Food! You can’t help but feel a little bit like Oliver Twist trolling the markets and streets of Munich. You are scheming to steal a taste of everything you see. Forget the South Beach diets, guys. this is serious business. I wrote about the 3B’s in past landings, that include Beer, Bratwurst and Brot.

Spargel, or Asparagus, still in the market for 5 Euros a half kilo

Leberkase, made of Bacon, Pork and Corned Beef 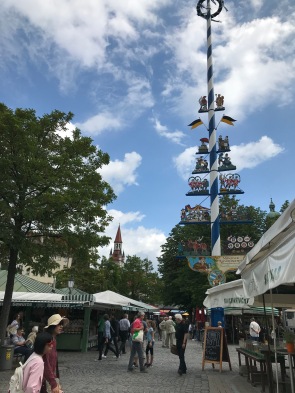 Sadly, I have indulged in only the last one so far. I couldn’t resist the fresh, crusty rolls that are so attractively swirled into sections that fit your hand and mouth in perfect unison. They even douse them with seeds to make them appear healthy. (See captions in photos for specifics.)

Arrival at the Goethe Institute for another German course (I’m up to B2!) is serious business, so I had to get my head in gear for some intellectual challenge. Things are looking promising for the location, teacher, and fellow students. We’ll see. I just signed up to give a presentation about the opera, in German! Fortunately it is on the last day of classes so I can prepare and have plenty of time to sweat and fret.

Our first class intro to Munich was a city tour. We visited a few of the highlights in Marienplatz, the city’s historic center. I was pleased that the professional guide who led us didn’t hit the same spots that I stumbled into on the first day. The highlight for me was the Catholic rococo church by the Asam Brothers. It was very unsuspecting from the outside like many urban Italian Mannerist churches, but the interior was a dramatic spectacle. 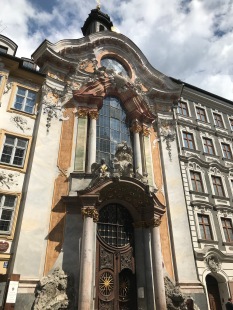 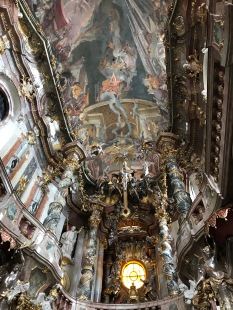 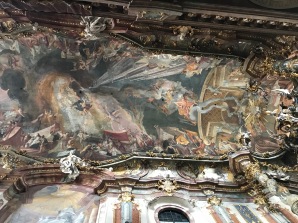 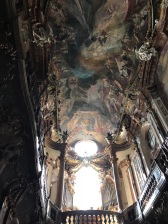 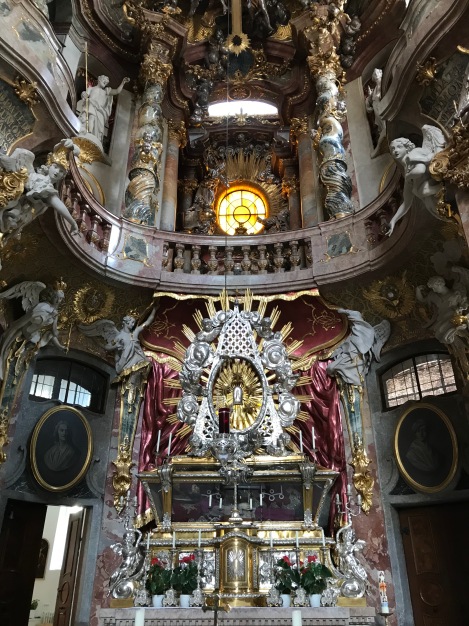 I hadn’t planned on seeing such ornateness in Germany. The goals were to present holy theater, light, and drama. They seemed to want to outdo every Italian master that ever existed, and their own to boot. Portions of the church were disassembled during WWII so the artifacts and sculpture were preserved. This church was one of the goopiest I had seen anywhere, but it somehow was disgustingly elegant. Maybe I’m just getting old and decrepit and starting to ignore restraint.

Tonite I attended a performance at the Bayerishes Staatsopera House. I am preparing for next week’s 17-hour Ring, that will be held over four days. This performance was a decent Lieder, or Song Recital by German opera star Anja Harteros. I was happily reading the words to the songs in German when the women next to me asked me if I liked the concert. I told them that I was enraptured by it. I didn’t confess to her, that I was only excited that I could read and understand the German and that I had hardly paid attention to the singer. 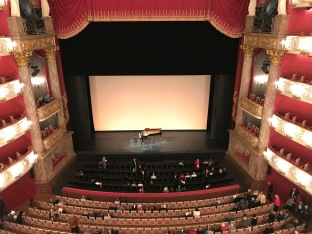 Standing room only seats in the rafters

Curtain Call with Bouquet dumped from above 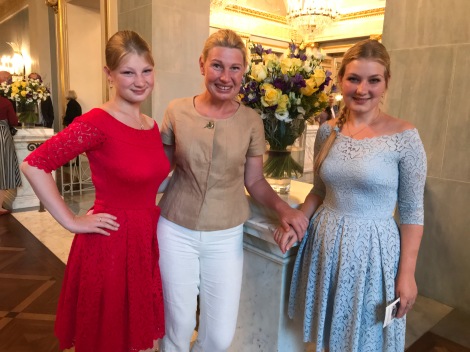 German beauties at half time
They proceeded to tell me how bad the performance was. They were opera singers and had studied in Munich themselves. They seemed very distraught that the singer was incomprehensible and the music very stiff with no interpretation. I quickly excused myself from the conversation, as clearly a novice like me has no right to evaluate operatic performance standards. As I slinked out of the opera house, I fondled my Brahms and Schubert program and disappeared into the S-Bahn.