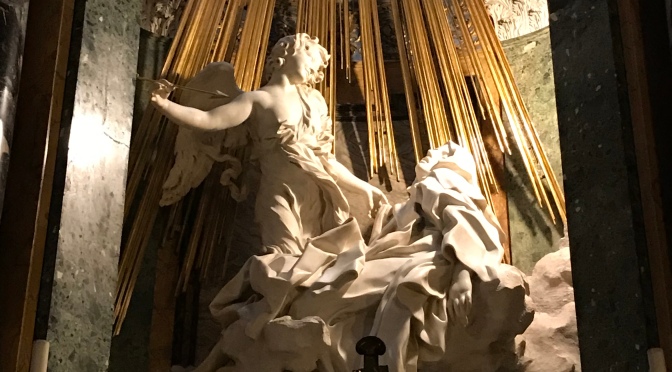 Marco Polo’s father and brother set off from Italy in 1260 on their first adventure through the massive conjoined continents of Europe and Asia most likely along the Silk Road, then a common highway overland. They traveled through Bokhara, one of my Silk Road stops described earlier. Later, on return to Italy, they organized a second trip with Nicolo’s son, Marco.

The second trip took a different course through Persia to join Kublai Khan’s court in Beijing. Marco Polo was gone from Italy for 26 years, and when he returned, he was barely recognizable or believed to be Marco Polo himself. His clothes were worn and tattered, and he barely could speak his native language.

Before March 17 this year, we were able to go to Italy much easier without having to devote half a lifetime to getting there. Hopefully we won’t have to wait as long as Marco did! While the COVID-19 Pandemic still rests heavily on our minds, these reposts hopefully inspire us to look to future travels and savor the past.

In early 2019, we took advantage of Pastry Chef/daughter Melissa’s winter work break and hit the food scene in Italy. We stayed in the Testaccio neighborhood in Rome as our base and traveled to Matera and Naples from there. Here are two posts in case you missed it last year, condensed into one.

An inexpensive flight to Bari at the heel of Italy enabled us to visit Matera in a dawn-to-dusk trip. After a one-hour drive from Bari, we reached Sassi, two ancient hill towns straddling a deep valley. This UNESCO area was designated a major destination in 2019, to showcase sustainable tourism and environmental protection of treasured and not-to-be forgotten settlements.

Famous Pizza and the Opera House drove us to Naples, but we couldn’t help but think about the stories written by Elena Ferrante in her four book series about scrappy Neapolitan life. (She has a new book out!)

The food and the architecture are self-explanatory, right?!?

Grand opera is closed during the Christmas season, but we were able to catch holiday favorites Swan Lake Ballet in Rome, and the Nutcracker in Naples at the local opera houses.

Next week we will continue this European Series, linking Europe to the transcontinental Silk Road from Asia. It’s a compilation of travels with myself and others from the last six years. I hope you will enjoy revisiting these treasured moments with me! There will be another post on Lucca and Elba in the next post, followed by trips to German-speaking countries. Don’t forget to send your thoughts and comments!

Two posts are consolidated here and were originally posted in January 2019.