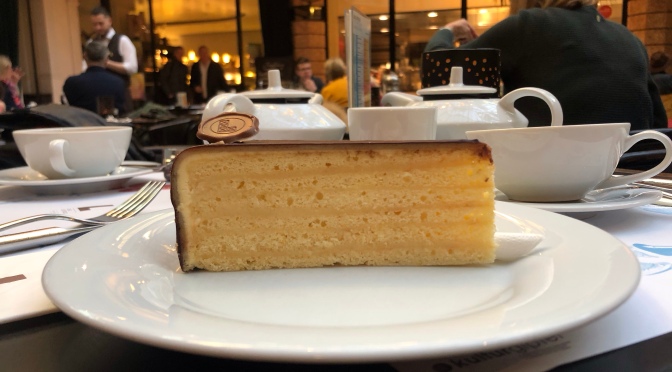 At the start of the New Year, dessert chef/ daughter Melissa and I are making a quick stopover in Munich en route to Western Turkey for a few days.

We searched high and low for tasty, affordable dishes. In Germany, it’s a challenge to avoid meat-forward or vegan counter-reactionary approaches. There seems to be very little in between.

Nevertheless, Melissa decided to go classic and identified the Cafe Luitpold. We indulged in a delicate croissant assemblage and a cheese plate for breakfast.

Meanwhile, our main objective for stopping in Munich was to hit as many museums in one day possible.

To digress, speeding thru museums when the kids were young helped. We broke into parent-child pairs for a one-hour treasure hunt. Finding famous pieces and objets d/art such as the Venus de Milo in Louvre was energizing. It helped each of us remember what we found!!

Quality was less relevant than quantity in order to win! I feel less guilty about subjecting our children after this daughter became an art history major.

Back to the ranch. We decided to tackle the Pinakothek Moderne today. It’s a behemoth museum that dwarfs artwork and erases any artist‘s notion of grandeur. The Reichstag-like atrium was wet with a pendulum-swinging, egg-shaped disco ball.

After a short break, we visited the Brandhorst Museum across from the Modern. A huge Cy Twombly exhibition displayed his beautiful series on roses, as well as his Sketches and Scribbles.

The museum celebrated its tenth anniversary by providing souvenir cards of many artists’ works. It saved buying an exhibition catalog, that often are killers to transport home.

This is one museum worth visiting, and the late Thursday opening allowed viewers near-exclusive access to an amazing collection.

(Author‘s Note): if you think we’re crazy to do two museums in one day, we scaled our goal back from the four in the Pinakothek collection that we had intended to visit!