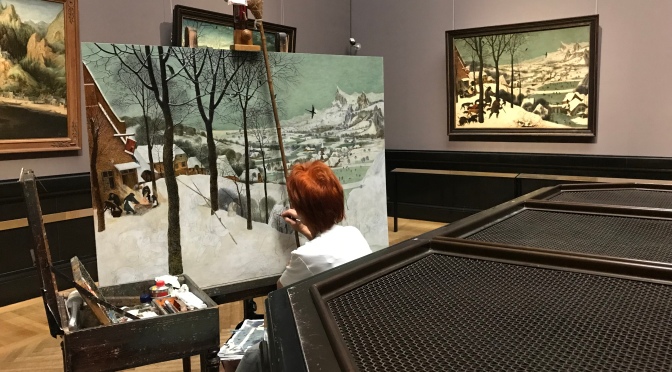 Apologies for the premature post a couple of days ago, to those of you signed up for notifications. I pressed “Publish” by mistake! THIS is my final post to everyone, with love, from Salzburg. After sixty days of travel, ten cities, and 11 flights (not environmentally correct, admittedly), I successfully completed my complicated travel plans!

The past six years have been amazing travels, from UNESCO World Heritage sites in Uzbekistan; two trips on the Trans-Siberian Express East and West from Beijing including Mongolia; Morocco, Iran, and this year, to the Caucasian countries of Azerbaijan, Georgia and Armenia. Each year, they were anchored in German language study programs followed by trips to various countries in Asia.

We often think of Europeans cities such as Paris, Rome or Berlin as destinations, and not countries to which they belong. This year, I learned more about Portugal and Austria than about the major cities that lie in them.

As for differences between Europeans with Americans, the environment comes to mind. Europeans are more aware and definitely ahead in terms of public transportation. They seem to live modestly within their means, and are less about themselves. I can still overhear conversations between bratty entitled Americans that make me grateful for my Asian face.

On the other hand, the food quality and waste seem to be lacking here. An article last year in the NY Times reported on the food waste. It was evident in the food markets (shown here, albeit pristine and among the most beautiful) and even in the run of the mill supermarkets. Perhaps their denial of GMO’s has to do with the selected supply and demand.

The ethnic food is institutionalized here. Just as we did in the States in the Sixties, fast food became the alternative to hot prepared restaurant food.

The Currywurst in Germany was among the first, so now it represents what every immigrant dreams about: its own take-away. Yesterday I bought my Japanese-style chicken teriyaki and rice from a hawker, who spoke in broken English but actually was Chinese. The fast food with a mixed message he was selling is a sign of the times—processed ethnic food that is predictable and a reasonable facsimile of food remembered from 50 years ago.

It wasn’t cheap—10 Euros. I can rationalize the cost for the overhead needed by families to make up for all their sacrifices in education, income and risk to reestablish in a new country. Hopefully in the future authentic ethnic food will be in greater demand as food origins are better appreciated and customers are more sophisticated.

This huge repository for the Italian and Flemish masters keeps an incredible collection of European art. The slide show includes the following in order of appearance below (but not chronicalogically): Breughel, Vermeer, Durer, Raphael, and Rembrandt

If you were wondering where all the artifacts from early Mediterranean civilizations had gone, you could probably find many of them here, like those in the “mummy” room:

My last-minute museum fix was to the Leopold Museum. Leopold was a private philanthropist who decided to collect art after he saw the collection at the Kunsthistorisches Museum and became a patrin of the arts.

I was swept away by the entire collection. The “Modern” section told the story of the Vienna Werkstatt. Architects, artists, literary figures, and designers all gathered together to form the “Vienna Werkstatt”, that preceded the Bauhaus. Here are some of the exquisite design pieces from the period around 1900, in the Jugendstil:

Primarily led by Klimt, the group seceeded from the conservative Vienna Kunsthaus. The group then later became fragmented and Klimt and others left the Secessionists. He was also embroiled with the University of Vienna’s administration over the paintings, “Philosophy, Medicine and Jurisprudence“.

We read and discussed this argument in our German class. Klimt was criticizing his benefactors. The faculty considered the nude figures pornographic and removed them from the ceiling where they were located.

This would not be so earth-shaking today, as many artists push their boundaries. Names like Ai-Wei-Wei came up. It was interesting to note, that while most of the European students were familiar with his name, none of the Chinese students knew of him.

You can read more about the Leopold Museum collection here: https://www.leopoldmuseum.org/en/museum/museum-history.

Egon Schiele was an artist unbeknownst to me. He donated his collection to the Museum, so it may explain his prominence there.

I was drawn to the graphic nature of his work, powerful compositions, and emotional content. Being an aspiring artist, I studied his choice of color, figure drawing skill, and architectural themes intently. If you are interested you can read more about him here: https://de.wikipedia.org/wiki/Egon_Schiele

You may remember the Salzburg Music Festival from the film, “the Sound of Music”, where the Von Trapp Family made their debut. This weekend escape served as a finale of sorts for my travels. The ultimate purpose was to see “Adriana Lecouvreur” starring Anna Netrebko, Yuri Eyvazov (her husband), and Anita Rachvelishvili.

These are superstars in their prime in the opera world. I don’t know if there ever will be such a dynamic combination of singers performing such a highly dramatic opera.

The story takes place in 1730 and is about a theater actress, who became involved in a three-way triangle. There are many twists and turns about actresses playing their roles so well that they forget about their own lives and vulnerabilities.

This was Anna Netrebko’s greatest artistic challenge, not only as a singer but as an actress. You could only imagine what she is feeling after her own marital tribulations, on top of singing to her current spouse!!

Anna Netrebko, who did not respond to immediate audience approval at the end, was just recovering from her own performance. She was so immersed in the role, that she had forgotten that she was only performing! I could see how audience applause nearly destroyed the moment she was feeling. To jolt her out of one intense emotion of dying over spurned love (she won the battle but lost the war), the instant accolades were at first irrelevant. I could only imagine that feeling as it took some time for me to recover myself (from the performance, not spurned love!)

Earlier in the morning. I attended a Mozart concert. It was the usual Mozart fare offered by the Mozarteum Orchestra (who coincidentally played “Adriana Lecouvreur” at the Salzburg Festival.

I flashed back to one of my favorite movies, “Amadeus”. This came up in our class and was dismissed as “Hollywood”, implying that it wasn’t an authentic interpretation of Mozart. I defended the industry by indicating that the film launched the career of Milos Forman, a Czech.

Not being satisfied with my own answer. I googled “Amadeus”. You can read more about the film here: https://en.m.wikipedia.org/wiki/Amadeus_(film)

It led to further searches about the producer, Saul Zaentz, who turned out to be from the Bay Area and a former agent for Credence Clearwater Revival.

The fascinating life story of the producer was interwoven with a legal case with John Fogerty of the CCR. It even went to the Supreme Court! You can read about it here: https://en.m.wikipedia.org/wiki/Saul_Zaentz

Since this is my last post, I want to thank everyone for joining me. Your words of encouragement and comments were sincerely appreciated. I hope we will have an opportunity in the future to travel with each other!

If you haven’t already commented online, feel free to write to me at vifongit@gmail.com!!

PS. Further apologies for any mistakes in this post. I am rushing to catch my flight!!