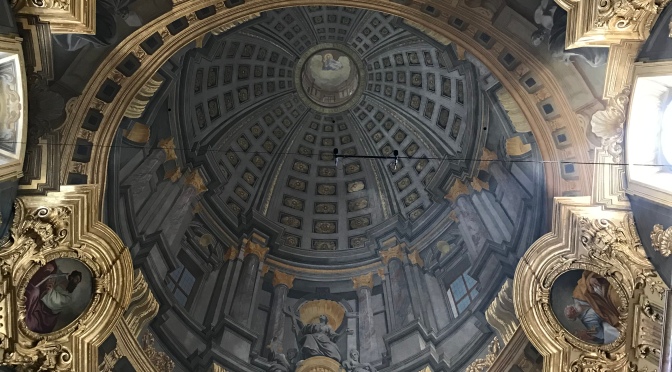 Vienna is very deceptive. At first glance, you see alot of well-built, sterile looking buildings that have been well maintained and proud of it. Street sweepers are a common sight so you have to skirt around them more often than you expect. But the endless rows of buildings, ornate details, heavy duty hardware and deluxe glazing make the city seem drab.

By Day Four (today) of my two week stay here, my opinion is reversed. The unbefore-seen Museum Quartier, tucked behind the Volks Theater, was an eye opener and inspiration for a visitor to this historic city. It’s alive with young people enjoying the balmy summer evening, amidst theater, dance, art, spontaneous outdoor performers, and of course, food establishments galore.

Originally a series of small villages, the district has been tranformed into a string of happening event spaces. Outdoor dining seems to be the order of the day. What’s amazing is that these are primarily locals enjoying their new-found urban spaces, with perhaps a dose of savvy tourists to keep the economy thriving.

You would be completely missing out on Vienna if you only saw St. Stephan’s in the center of town, the Opera House (on summer break), and Mariahilferstrasse, the main shopping street. Just like we scoff at tourists in San Francisco who only go to Fisherman’s Wharf, it’s not the current menu. If you inadvertently end up there anyway, the center of town is only used to get one’s bearing for the rest of the city’s bright and newly minted cultural activities.

The Vienna Goethe Institute has an excellent cultural program, perhaps the best of any educational program I have joined. We started with a general city tour that gave us a good orientation to the center of town. Intriguing alleyways and amazing historic buildings are tucked behind major thoroughfares, so you almost require a guide to find these hidden gems.

There aren’t as many tourists, thankfully, as in Lisbon. We were only spared for a short time in the morning until we hit the center of town at noon. The St. Stephan’s church was the crowning glory and has been completely renovated for googling eyes and ears. Concerts are held on a regular basis here for eager tourists who take in the musical history of famous composers like Mozart, Schubert and Mahler.

Vienna’s history is shrouded in the Hapsburg reign from about the 13th C.-1918. Thirty Years’ War, religious battles between Protestants and Catholics, Napoleon, and the plague set the backdrop for a violent past. Marriages between royal families in Europe sealed the Hapsburg rule for nearly 800 years, one of the longest standing regimes in history.

The main history of Vienna is focused near the Royal residences and the churches in the area. In addition, the Spanish Riding School where the famous Lippizaner Horses are trained, and the National Library with its fabulous collection, are located in the same vicinity.

An excellent introduction to three historic and beautiful churches on the second day was even more fascinating and helped us to understand the extent of power controlled by church and state. Austria was primarily Protestant in the countryside but Vienna was controlled by the Catholics and the royalty. The powerful relationship prevailed at the expense of the majority. It seemed to be another sad lesson to today’s world politics and the division between the haves and the have nots.

According to tradition, many of the Hapsburg family have buried parts of their bodies in three separate locations. Hearts in Budapest, innards and bones in two other locations in Vienna. The family followed this creepy ritual. The guide savored telling the English pun: “May the emperor rest in pieces”. You can read more about the Royal family’s whereabouts here: https://en.m.wikipedia.org/wiki/Imperial_Crypt.

There are 14 students, most of whom are German language teachers. They come from Ireland, China (Souzhou and Hangzhou), France, Belgium, England, Russia and Norway. I am the only American in the class and I am very happy that it turned out that way.

A word about my German C level class for my German language buddies. I don’t know how I did it but I was put in an advanced class. I figured the director must get a promotion for enrolling more students in advanced levels. We’ll see if he gets his promo after he gets the report on retention.

We have spent most of our time getting accustomed to the class environment. A full program of free guided tours of the city, museums, historic sights, and concerts are offered before and after classes. I am glad that I chose Vienna to study German! My only problem is that I am exhausted at the end of each day and have not had any time to sketch.

Accommodations, in true Viennese style, are generous and adequately stocked. You can see the view of the modern studio apartment below, that costs about $33 a day. It’s a great deal including the cultural program provided in the course.

More later as the class progresses.