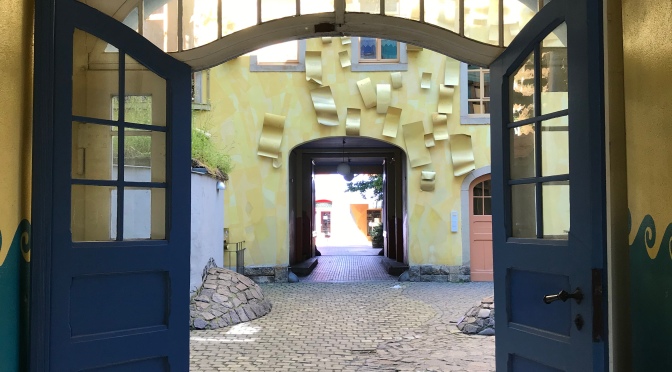 After 24+ hours of travel and three delayed flights later, I finally arrived in my adopted home town of Dresden, Germany. Each time I stayed in a new German city, I declared it to be my favorite. But now I can’t help but be loyal to Dresden. This is my fourth or fifth time here so it is not surprising that the city endures in my heart and mind.

I discovered Dresden first for the International Music Festival. It was regarded by the UK Guardian as one of the best in Europe, with popular performers like Rufus Wainwright and Eric Clapton, as well as all the classical conductors of world-class symphonies. I returned to Dresden several times for everything else–the beautiful Baroque architecture, historical museums and art collections, the intimate surroundings, and the familiarity,

The Neustadt neighborhood, created after a major fire in the heart of Dresden’s Altstadt, or “Old City”, is still relatively historic and elegant, with Baroque buildings from the 18th Century. So it’s a bit of a misnomer and confusing to first-timers here. The streets are still relatively narrow in scale, with streetcars rumbling along the cobbled streets in a predictable ambient noise level. They are punctuated by the occasional bells ringing from the many local Protestant churches nearby.

Courtyard buildings, designed to allow light and air into the deep superblocks, create intriguing walkways and chasms of sunfilled delight and discoveries from the busy thoroughfares now laden with shops and restaurants.

Food is still inexpensive and inspired by international standards of quality and diversity. I had a vegan rice wrap with glass noodle and spring rolls with tea for under $8 for dinner last night, but had trouble deciding among the extensive selection of Japanese, Afghan, Indian, Turkish, and even German specialties within a one-block radius.

Inside the Kunsthof Passage, or “Arts Passage”, is a delightful array of new buildings designed in the same proportion and massing as the surrounding Baroque buildings. Exteriors are decorated with tile artwork in a fanciful display of creativity and fun. “Lila Sossa”, a resturant now becoming an institution in the area, serves organic dishes and desserts from Mason jars.