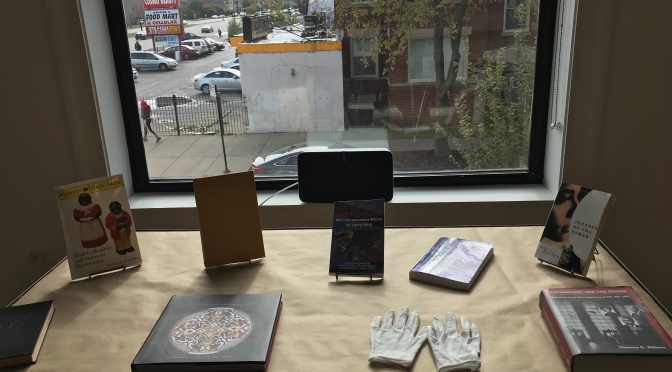 A few days before coming to Chicago, I listened to a few of the Obama Foundation Summit live stream broadcasts by young upcoming community activists. As a reminder, Obama began his career here in this city. His legacy is present and inspires a whole new generation of future leaders, not only in Chicago, but throughout the world. He is committed to helping communities lift themselves through positive shared efforts.

One of the great achievements is the community created by sculptor, artist, and entrepreneur Theaster Gates. He purchased a neglected bank building in South Chicago from the city for $1. He raised money and developed the Stony Island Arts Bank, a library, media archive and community center for Rebuild’s archives and collections. He used recycled materials from other sites as well as those in the building. Members of the community come to this center to preserve, access, reimagine, and share their heritage. See photos of the center below. 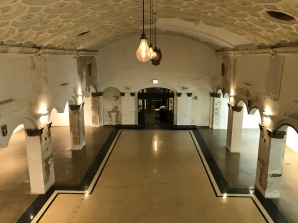 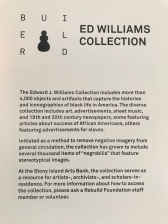 An early morning visit to the University of Chicago campus enabled us to get a bonus tour of the Robie House on campus. Originally for a wealthy patron, this residence was also used by UIC students. It has finally been restored to its residential charm and glory (see captions). 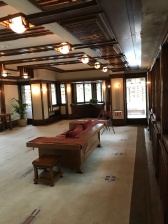 Sandwiched in between Downtown Chicago and UIC is the Illinois Institute of Technology (IIT) campus. Designed by Ludwig Mies van der Rohe, the strictly Modernist approach for the campus buildings was stiflingly evident.

Little seemed out of place in Crown Hall, the Architectural Building (see the lobby chairs), except for the people and the architectural work underway. The huge open space predates current “collaboration space”. The vacuous interior without walls masked unwanted noise brilliantly. Julianne and I wondered how we would have survived an architectural training in what seemed like such a limiting environment.

The Student Services Center was the counterpoint to the collection of Miesian buildings on the IIT campus. Designed by OMA in Rotterdam, the firm broke all the International-style rules (thanks to recommendations and commentary support from architect/daughter). 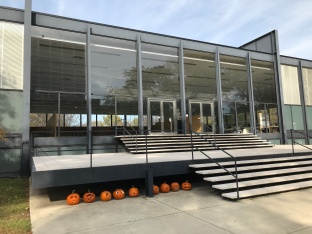 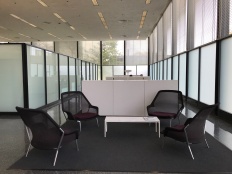 Entrance Lobby to what?!? An architecture school?? 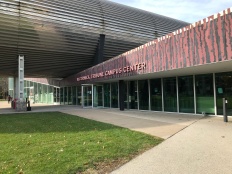 And finally, we made it back to the Chicago Cultural Center to see displays of models, drawings, and photographs of numerous architectural projects throughout the world. A few that caught my attention were: 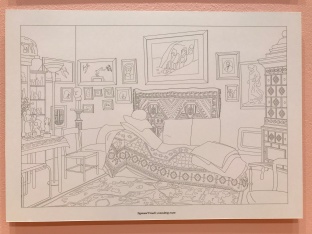 Random shots of Millenium Park, the Bean, and City skyline

I can safely say that I satisfied my architectural curiosity today. I even paid attention to what I saw this time.