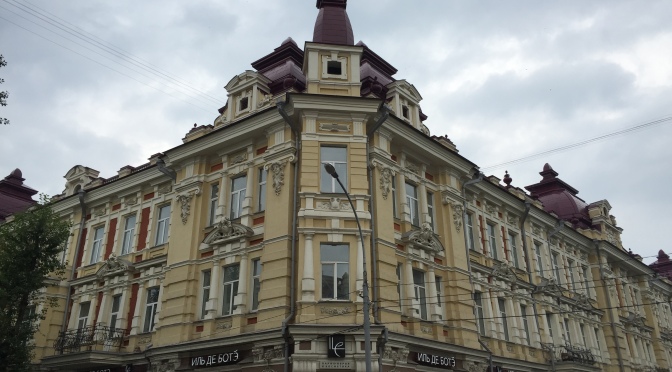 Here’s a gallery of unpreserved historical and old buildings in Irkutsk. Both the Trubetsky and the Irkutsk Historical Museums that we visited today did not allow photos inside, so these are exterior shots only.

You can really get a sense of how bleak and gruesome it was living through a winter in Siberia. Around 1830 in St. Petersburg,  nobles tried to revolt and lead a coup against the Russian empire. They failed, were put into hard labor camps, then exiled to Siberia. Their wives and children were left to follow and look after them, at their own expense.

Known as the Decembrists for the month of the revolt, the anti-imperialists are now finally given due respect for their travails. Trubetsky was one of the survivors who was allowed to live out his life in Irkutsk. His wife had died and was buried here,  so he chose to remain where her grave was. The museum is located in the home where he lived out the remainder of his life.

Irkutsk has a short history of only 355 years. I find it surprising that American history predates the one here. We are so easily surpassed by any country in Europe. It’s not surprising that few humans would contemplate ever living here.

The state of disrepair and condition of the city were depressing. At a site we passed, old Russian artillery and tanks were on display in a neglected area overrun with weeds. Once a building was built, it never seemed to be maintained or repaired to extend its life.

The harsh weather of Siberia shows how difficult and impractical it was to make sufficient repairs in the few good months of the year. It seems that everyone needed to spend the time recovering from the previous winter and enjoy the few days of sunshine, rather than toil to gain a simple pride of place. 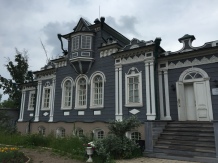 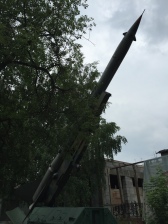 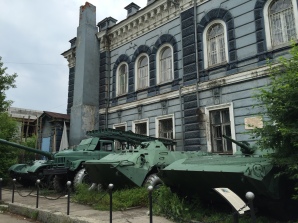 Relevant to this conversation, the construction of the Trans Siberian Railroad was another example of how difficult it was to build anything. Stretching nearly twice the length of the US, the railroad took 25 years to build. The area around Lake Baikal was particularly difficult. Here’s more information about the construction around Irkutsk:http://www.irkutsk.org/fed/transsib.html.

Sadly, Irkutsk didn’t have the vibrancy and can-do  energy of Mongolia. It seems to be bogged down by its climate, corruption and inertia. It may be harsh judgment, and I can not speak from an impression of the city. Gee Kin travels for understanding, while I travel for enjoyment. It’s hard to do either here.

Going off the grid for three days or more. Will try to report from Vladivostok next. Apologies in advance if you are having trouble accessing the website. It’s been erratic and unpredictable. Hopefully this will be fixed by time I reach Japan. Thanks for your patience!