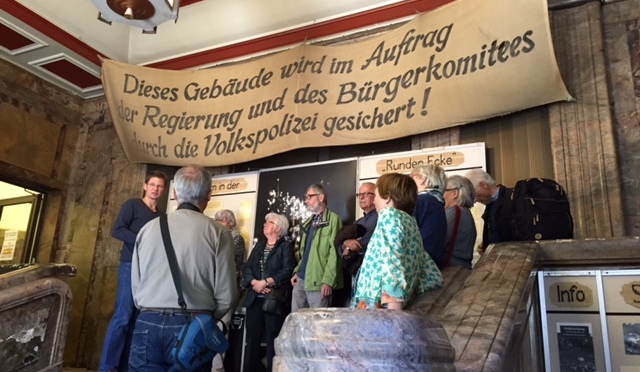 The weekends in Leipzig are filled with musical activity, not only in the Concert Hall and Opera House, but everywhere in the street. Students and aspiring musicians and performers try their luck at attracting tourists and locals, in a town that welcomes crowds and causes.

The Stasi Museum depicted life just as it was before the Reunification and explained the course of events that led up to it. It was a fascinating unfolding of momentous days in 1989, from the first peace protests, to the burning of evidence as the tides turned, to the final decision point on November 9, when the Berlin wall fell. It’s an easy date to remember as it is the reverse of 911.

The translation to the sign above reads “On behalf of the government of the Citizen’s Committee, this building will be secured by the National Police”.

I imagined all the legal papers that were needed to draft the new laws and how  the East German economy was shot into the modern world overnight. It seemed so simple, yet it must have been an overwhelming undertaking.  It took the will and determination of every German. My faith in humanity was restored and I felt grateful that such a human event could occur in my lifetime.

An afternoon at the Grassi Museum was a shift back to the familiar yet unusual. There was an excellent exhibition of Flemish and Dutch glass and ceramic pieces, inspired by Asian ceramics. The incredible use of light, color and design seemed to be ingrained in the area’s artistic traditions. 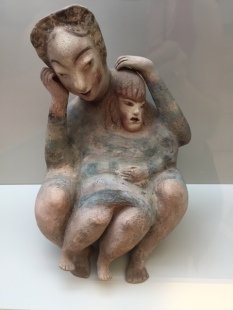 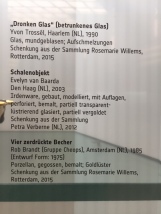 While limited, the museum had an excellent display of Asian ceramics and figures. They reminded me of similar pieces I saw in Northwest China.

Romance of the Three Kingdoms 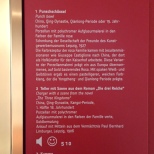 A collection of artifacts from Iran intrigued me. I marveled over the many pieces that I had not ever seen. I resolved to continue my comparative history studies of countries along the Silk Road. The blue porcelain pieces were reminiscent of those in China, but the metallic colors and designs were much more vibrant and intricate. 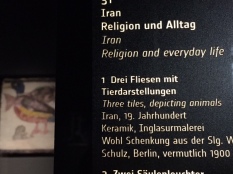 The end of the day was capped with two classical music performances. The first was a family concert at the Gewandhouse Orchestra. Herbert Blomstedt, who led the San Francisco Symphony for many years, conducted the orchestra with the Beethoven Pastorale Symphony.

The second of the two concerts was held at the Schumann House, where Robert and Clara Schumann lived. A pianist performed many pieces from Beethoven, Clara Schumann’s own pieces, and those by Schumann. They were very lively and spirited pieces and a contrast to the earlier, much duller performance.

The simple yet elegant stairway at the entrance to the Schumann house was a lovely reminder of the integration of good design and construction in German homes. The museum is now linked with other musical sites such as the Mendelsohn and Wagner houses in Leipzig into a “Music Trail”.

During the performance break, the announcer invited us to a community room and shared the research that is being done with electronic instruments generated by motion detectors. Each “spot” was keyed to an instrumental sound, such as clinks on porcelain, horns, keys, drums and bells. Using motion detectors and people walking between objects mounted in the ceiling, a series of sounds were generated. The more people moved, the more each sound was created.  The innovation could produce symphonic sound with audience participation. It was an exciting demonstration that everyone enjoyed.