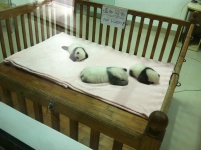 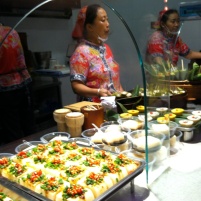 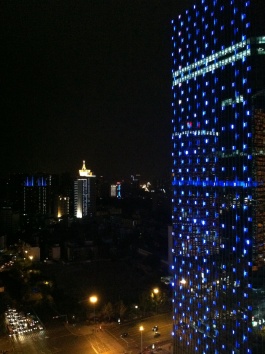 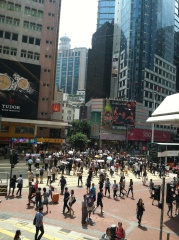 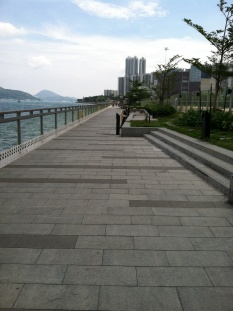 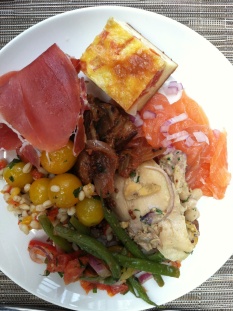 Segment IV, while a continuation of China, was the Non-Silk Road portion of the trip. Gee Kin and I stayed in Szechuan 5 days with an overnight in Emei Shan. Gee Kin returned to the US after that, and I traveled solo overnight on a rail journey from Chengdu to Guangzhou. After that, my final destination was Hong Kong before heading back to San Francisco via Vancouver.

The photos are in triplets, three for each city. Most of our earlier trips to China focused on the heavily populated cities of the East Coast, namely Beijing, Shanghai and Qingdao. It was a completely different experience visiting Western China, where the food, character of the people, dialects, and temperament were distinctive.

The rapid growth of Chengdu and Guangzhou were astounding. I felt as if portions of Putong District in Shanghai were airlifted there. The noticeable presence of cranes was unavoidable, and I felt a bit like a country bumpkin trying to navigate around big complexes, malls, and huge underground systems.

Hong Kong had always had this buzz, but relative to these other cities it too felt behind in some respects. There are fewer sites to develop so the other cities appeared to be amassing more square foot on a pure volume basis. But clearly in the lapse since I had last been there (a span of perhaps 3-5 years), there had already been extensive infill projects, more electronic advertising on sides of buildings, and several new mass transit lines added.

Going back to Chengdu, it’s clearly a city on the rise. People seemed to be excited that this inland city was getting its share of development. The malls were filled with local tourists who worked hard so they could spend money. There were very few foreigners in this part of China. Even atop Emei Shan there were only a handful of foreigners among the scant groupings of local Chinese tourists. For that, it made going up the mountain a worthwhile adventure.

Guangzhou shot me into the twenty-first century. The cultural buildings near my hotel in Tian He were impressive in size and scale, but the design and quality were questionable. These buildings completed in the last few years included the Library by Japanese architects Nikken Sekkei, the Guangzhou Provincial Museum by Rocco Designs from Hong Kong, and the Guangzhou Opera House by Zaha Hadid. Clearly Guangzhou’s Bureau of Architecture was intent on putting the city on the world map and has managed to do so virtually overnight.

Taking from the concept of two pebbles, the Opera House has sweeping angles and swoops to make the spaces in between buildings dynamic. But the building already looked prematurely worn and wrinkled. The museum was a vacuous building that didn’t seem to have enough material on display and lacked any kind of soul due to its monumental size. Materials were poorly assembled and chosen. The exterior of the building, with a wavy podium ramp to the side, did not make any sense supporting a very rectilinear box with slits and window cut outs. The library seemed to have the most promise, but I was not able to spend any time inside.

At last, arriving in Hong Kong felt a bit like a Homecoming. Three sets of friends from my earlier days working in Hong Kong kept me informed and entertained during my five day visit. The protests against the government were unsettling but did not occur until the day after I left. A good proportion of the Hong Kong people felt betrayed by the British government and by the Chinese, who promised to allow free elections for leaders chosen by the people. The complaint is that the Chinese government changed the terms of the agreement.

Food of course dominated my attention in Hong Kong. Food continues to maintain a very high standard and the innovative touch was evident. While I can’t speak for HK stocks or property speculating, this is one place to bet your money. It’s a winner every time, despite everything else around you never staying the same.

I’ll leave here to allow time for you to ponder my comments. In the next couple of days, I will close out my blog. As mentioned previously, I’d be happy to hear from you and provide details of each segment if you are interested.