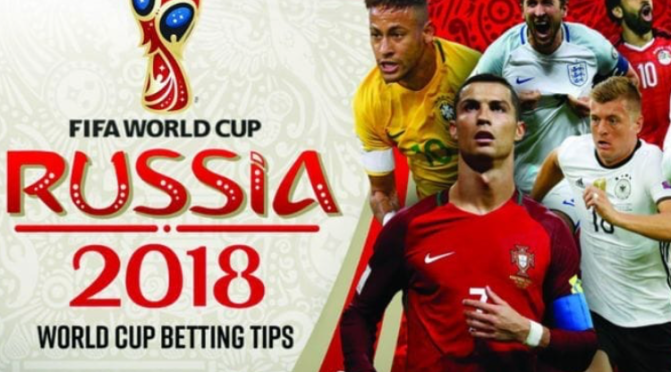 You may think it odd for an opera fanatic to get obsessed with the opposite end of the world–football. But the stars align when Russia hosts the FIFA 2018 World Cup and kicked off the event with a gala laced with opera divas!

Traveling around the world last year to Morocco, Peru and Iran has certainly opened up my perspective of the world. The 2018 FIFA World Cup matches allow me to see the faces of the fans and players that I yearn to see again. I researched the games that these countries play against others, but the most exciting one for me was a direct match between Morocco and Iran. Iran won, but it struggles to stay in the running.

Following the first two weeks of matches, the quarter-finals, semi-finals and finals will complete five weeks of football frenzy. Not having paid much attention in the past, I am indulging this year in learning about the sport and why the rest of the world outside America goes so fanatical over the WC. I love the international spirit, but do see alot of aggressive, brutal brawls on the field.

No one appreciates a female version of commentary on sports, but if you are like me–it’s a chance to curb curiosity and to digest a new topic. What better way than to experience the best, in all its gore and glory? I am not sure that after American NFL football concussions and brain injuries whether soccer will be the next culprit, but injuries do seem to come with the territory and are suppressed.

Here are a few screen shots I took from instagram and TV during the first match between Iran and Morocco. 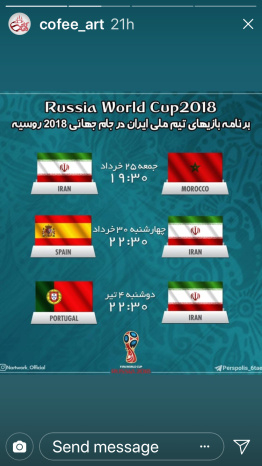 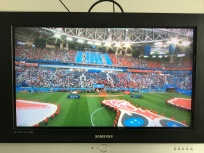 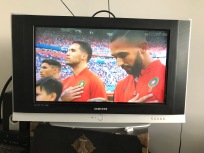 There’s still time to see three more weeks of five, so don’t be discouraged if you missed the first couple of weeks. You can see some of the matches in the U.S. on Telemundo, Fox 2 or on Fox Sports 1 (FS-1) if you order live-streaming from Sling, Hulu, or other streaming service. Here’s a link to the TV schedule and matches:

As an interesting contrast, the Russia 2018 Gala concert was telecast in Red Square at the beginning of the event. My two favorites, Anna Netrebko (with hubby Yusef Eyvasof) and Russia’s new ingenue Aida Garafulina, highlighted the Red Square broadcast, along with none other than Placido Domingo and Juan Diego Flores. Denis Matsuev, a concert pianist, hosted the event and Valery Gergiev, the conductor who discovered Anna Netrebko, were also primary performers at the event.

In order to access the full video for the gala, go to

The event was sponsored by the Russian government so you should be able to enjoy it free of charge, thanks to Russia’s devotion to opera and football!

Pavarotti, Domingo and Carreras also promoted opera during several past World Cups, so the concept of combining opera and football is not new. Only in the U.S. are we so out of touch with what the world prefers. Maybe it’s because we aren’t in the picture, being as brat-dominant as we often are.

The website operabase.com has a great resource for statistics like this. You can find it at:
http://operabase.com/top.cgi?lang=en&splash=t

By the way, this is a great website for finding all the artists, performances, and upcoming festivals throughout the world. I use this website on a regular basis to research my travel plans around opera performances.

Of course I am still saving my support for Germany! I’ll be in Munich during the finals, so secretly hope that they will make it again this time after winning the World Cup in 2014. It will go crazy in Germany while I am there if they win. If not, I’ll be able to settle down and learn some German!

Don’t forget to tune in starting on July 8, when I arrive in Munich for a month there. After that friends from Italy will meet Gee Kin and me for a week in Hungary and Austria. We fly direct from Salzburg to Guangzhou (yes!) for a week after that, then to Korea for a few days before returning back to SFO at the end of August. This itinerary is a slight deviation from the World Trip2018 posted, as we decided to forego a hot week in Italy for a hotter drippy week in Guangzhou to do some family research.